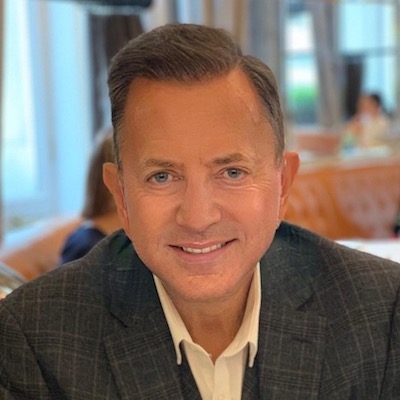 The Kings Castle Theatre are very fortunate to have shows at our venue produced by one of the most successful  British theatrical producers ever to come out of the U.K. Mr. David King.

David  is a world renowned theatre producer, and his shows have smashed box office records around the world.

David makes the shows at the Kings Castle theatre in perfect unison with the demands of the audience in this unique part of America.  Every year, up to 5 of his show appear during the year, with extra special shows being created live on stage for the Holiday Season.

David works closely with his creative team in Branson to deliver some of the best shows in town.  His expertise at picking the right shows for the Branson audience is second to none.   Night after night, Show after Show,  audiences enjoy the wonderfully entertaining shows time and time again.

David has won many awards for his work, including global awards for best show, best choreography, and best entertainment.  David was awarded an honorary Doctorate at Middlesex University in England, in recognition of his work in show business.   David is now an honorary Doctor of Music, but it is a title he prefers to save for his bookshelf, and not use in his public life.

David is one of the largest employers of singers and dancers on both sides of the atlantic, with more than 500 performers on his books.

Apart from producing all the shows, David is also the owner of the Kings Castle Theatre.  He bought the theatre from Branson Legend Bobby Vinton, some 10 years ago.  Since that time, David's productions have been the talk of the town, and "sold out" signs on the doors almost every day of the week.