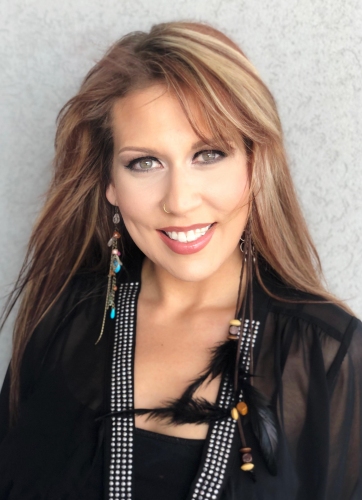 Sarah Marie was born in St. Louis, Missouri and since childhood always had a desire to perform. At 3 years old, it wouldn’t be unusual to find her on the bandstand with her dad, a Jazz Saxophonist, singing along with the melody improvising her own lyrics to a jazz instrumental. She began voice and dance lessons at the age of 7, while performing in local theatre troupes. Not long after, she insisted on playing guitar and piano to accompany herself while writing her own music. She became recognized for her songwriting in the St. Louis area, appearing on local television and radio shows. Sarah Marie went on to study Musical Theatre at Lindenwood University in St. Charles, Missouri. After performing and studying at University, she began teaching music lessons and appearing nationwide in various productions including her own musical performances at many local Midwest wineries and events. This is her third year at the King’s Castle Theatre.